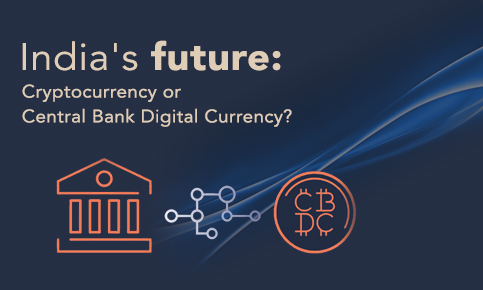 The provision of Central Bank Digital Currency (CBDC) has been circulating for quite some time now globally. For instance, China has already issued digital currency, eCNY, as a part of its third trial; a concept they have been working on since 2014. At present, China is leading amongst G20 countries who are still exploring the whole concept of digital currencies.

Similarly, India is also testing digital currency given the traction cryptocurrency has received in the market post the pandemic. The Reserve Bank of India (RBI) has said that the country needs to initially adopt a basic model of central bank digital currency (CBDC) and use the payment system architecture as a backbone to make a state-of-the-art system.

As per RBI report on ‘Trend and Progress of Banking in India 2020-21’, “Given its dynamic impact on macroeconomic policy making, it is necessary to adopt basic models initially, and test comprehensively so that they have minimal impact on monetary policy and the banking system. India’s progress in payment systems will provide a useful backbone to make a state-of-the-art CBDC available to its citizens and financial institutions.”

Cryptocurrency on the other hand is traded amongst individuals and has very little regulations attached to it which makes it a risky proposition. In India, although cryptocurrency has gained momentum and has appealed to the public, the government has been continuously implementing restrictions on its trading. Trading, mining and holding cryptocurrency could soon be illegal in India as the Indian government is proposing a new Bill that could ban all transactions related to cryptocurrencies.

Amidst this, the question arises, what is the future of India; Crypto currency or CBDC?

1. The timing of CBDC coincides with a growing interest in cryptocurrencies in India. They both are in their infancy stage in India. While CBDC is yet to be developed by the RBI, cryptocurrency needs to be regulated and accepted by the government.

2. Cryptocurrency are independent and dealt with in autonomy, meaning no single individual or entity is controlling or regulating it. On the other hand, CBDC will be regulated and function under the purview of the central bank of India.

3. Cryptocurrency can be capped, for instance, Bitcoin is hard- capped at 21 million coins which makes it finite in nature while CBDC can be infinitely increased, as per usage.

4. The technology behind cryptocurrency differs from CBDC. While cryptocurrency is operated through blockchain, a distributed ledger recording transactions that ensures the system is decentralized and secure from privacy intrusions, CBDC does not have a clear anatomy yet.

5. Cryptocurrency is and can function globally whereas CBDC will be specific to the country as the regulatory framework may differ from country to country.

Considering these basic points, cryptocurrency and its underlying technology will likely disrupt the existing financial structures and is here to stay despite resistance from the regulators. Moreover, corporations are participating in the growth of cryptocurrency by dipping their feet into it. However, what remains to be seen is the long-term effects of digital currencies.

5 ways how technology has enabled financial modelling and forecasting

The BIG move by RBI; Fintech in a spot or being put at the right spot?